The 25th Raindance Film Festival, the largest independent film festival in the UK, is coming to London (20 September – 1 October) and it happens to have an exciting  Japan film line-up!

I’ve teamed up with the festival organisers to offer one lucky winner a pair of tickets to a Japanese film of their choice! You can of course buy your tickets now too if you want to see more than one!

Don’t forget to check out the full film festival line up on the Raindance Film Festival website.

Read on for details on how to enter the competition and for the full Japanese film line-up! 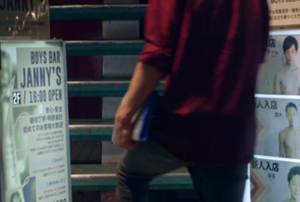 In Tokyo’s Shinjuku district are bars specializing in “Urisen” – young guys who have sex with men. Featuring candid interviews interspersed with animation detailing the awkward, unnerving, and sometimes funny situations these sex workers experience, the boys for sale boldly tell their stories of life in the Tokyo underground. 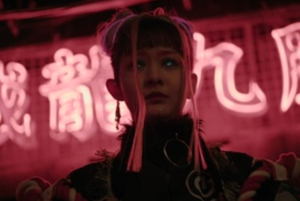 In tomorrow’s Tokyo, the technologically-enhanced body of a young mercenary hacker is overrun by a sentient data weapon. Wanted, the parasitic A.I becomes her only ally as she is chased across the city by those seeking to salvage it.

It’s a hard day’s night in Japan with a faustian twist. The Screamin’ Telstars are a retro rock band. They’ve been struggling for years. One day, their leader, Tony, goes to buy a haunted guitar amp. Tony gets everything he’s dreamed of – but with a hidden catch. 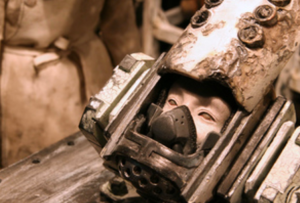 Junk Head introduces a dystopian future in which the human race can no longer propagate the species. The population of clones created to supplement the dwindling workforce have rebelled and now live underground, where over many years they have evolved and mutated. When a lone human explorer is sent to investigate and retrieve genetic information from the clone world, his journey takes him through a series of wild adventures, both horrific and comic. To the clones he meets he is a god, but at their hands he undergoes rebirth, resurrection, and one hell of an identity crisis.

Set in a small town in Japan, Ai Shima is sent to a cult commune for 7 years as a child. After leaving the cult she returns to try and find her place in society – and is trapped in an unfamiliar world of gangs, prostitution and the adult entertainment industry.

In Kamakura, the city of greenery and sea, Kengo was trained in Kendo by his father. But after experiencing a tragic incident, Kengo loses the will to live. Another master, Mitsumura, tries to put him back on his feet again by sending him a rap-obsessed high school student to train.

Yusaku Matsumoto triumphs in this gritty, emotional debut feature exploring what life is like for those in distress. Just sixteen when the Akihabara massacre happened, and later having experienced the suicide of a friend, this movie is the culmination of years of searching for potential meaning. Noise is told through fractured narration, following the lives of three individuals; one of whom is gradually heading towards an indiscriminate, reckless attack in the streets.

A 6 minute-long animated archive of imaginary monsters written by a fictitious mosterologist in Medieval Europe. This work depicts the habits of monsters using movements inspired by short phrases such as “Taste of Tears”, “Tamed Wildness”, etc.

Setsuko is seemingly stuck with her life in Tokyo until she is convinced by her niece, Mika, to enrol in an unorthodox English class that requires her to wear a blonde wig and take on an American persona named ‘Lucy.’ The new identity awakens something dormant in Setsuko, and she quickly falls for her American instructor, John (played by Josh Hartnett). 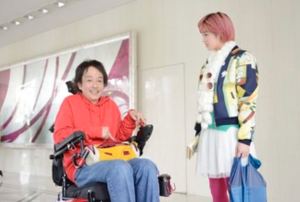 Kuma is disabled, suffering from congenital cerebral palsy, and also an activist for sex for the disabled. He meets Mitsu, who suffers from a personality disorder, and gradually starts opening his heart to her. Their ultimate love has the power to destroy social barriers and their own personal obstacles. 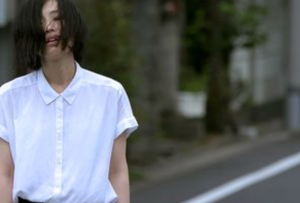 Mariko, a seemingly normal housewife, has been with her younger husband, Tomoharu, for six years but is dissatisfied daily. Despite having a son together, Tomoharu is often absent from home and she suspects that he might be having an affair.